In collaboration with the Royal Netherlands Navy, NLR developed a method to establish SHOLs which results in a significant saving of test hours at sea and a reduction of cost.

Wind tunnel testing on a scaled ship model is the first step towards defining the SHOLs. The ship model is placed in the DNW wind tunnel to measure the flow situation around it. The second step of the method consists of shore-based flight trials to expose the helicopter to different wind conditions on land. In the third step, data of the wind tunnel test and the shore-based flight trials are combined in theoretical SHOLs called Candidate Flight Envelopes. These have to be tested in real operating conditions at sea and ultimately validated, the fourth and final step. A team of NLR experts will board the ship to coordinate flight testing and define the operational limitations of the helicopter-ship combination. 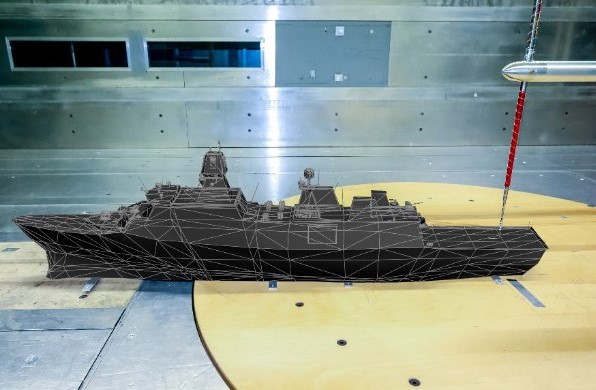