As current civil aero-engine design dictates the use of very high by-pass ratio turbofans to meet the set environmental targets, short and slim intakes and nacelles are necessary to mitigate some of associated weight and drag penalties. However, short and slim intakes cause notable levels of unsteady total pressure and velocity distortions that are presented to the propulsion system with a potential penalty on its operating range. This is significantly pronounced under cross-wind or high incidence operation of the engine during aircraft take off. Current practices for aero-engine testing and certification rely on a low number of intrusive pressure measurements at the fan face to characterise the distortion levels. Given the known limitations of currently used methods (low spatial resolution, intrusive nature) the existing technologies are inadequate to reduce the risk on the development and certification of future novel systems.

NIFTI aims to address this gap by demonstrating a non-intrusive technique to measure velocity fields across a plane located upstream of a large diameter fan of a high bypass ratio aero-engine, which has never been previously achieved. The NIFTI solution will demonstrate a highly automated and flexible multi-camera PIV system with final testing in the DNW-LLF as a representative industrial test environment. This method will provide synchronous datasets across the measurement plane with at least one order of magnitude higher spatial resolution than current methods.

The experimental activities will be supported by numerical campaigns and advanced data processing and flow analysis methods that will be used to analyse the highly unsteady nature of the flow distortions that will be measured during NIFTI’s experimental campaigns. These outcomes will ultimately unlock the complex aerodynamics of closely coupled fan-intake systems and aid the development of novel design rules for future, stall-tolerant aero-engines. 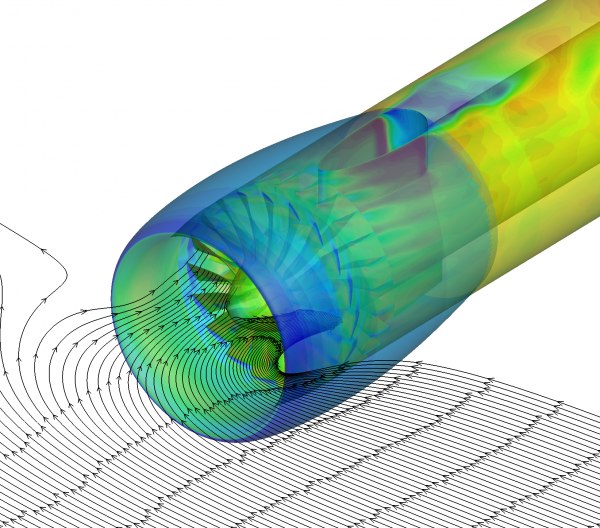 This project has received funding from the European Union’s Horizon 2020 research and innovation programme under grant agreement No Grant Agreement ID: 864911.